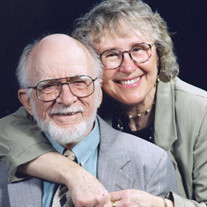 With her family at her side, Berniece Beaver Holt, 93, of Clemson, SC, found peace on July 2, 2020, at Cottingham Hospice House in Seneca. Berniece was predeceased by her soulmate of more than 70 years, Albert Hamilton Holt, Sr., and is survived... View Obituary & Service Information

The family of Berniece Beaver Holt created this Life Tributes page to make it easy to share your memories.

With her family at her side, Berniece Beaver Holt, 93, of Clemson,...

Send flowers to the Holt family.