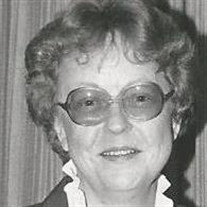 Dorothy Francis (Dottie) Dickson of 339 Meldau Road, who had been in declining health for the past ten years, died in the Coronary Care Unit of Greenville Memorial Hospital at 12:25 a.m. on March 23, 2016. She was born in the Suburban Hospital of Bethesda, Maryland to the late Ralph Provine and Helen Harris Dickson of Washington, D.C. Dottie’s family later moved to New Orleans when her father, who worked for the Federal Maritime Commission, was promoted to District Manager, Gulf Coast District. She graduated from East Jefferson High School in Metairie, La.; attended Louisiana State University in Baton Rouge, and graduated from Meadows-Draughon Business College in New Orleans. Dottie worked for General Finance Corporation in Baton Rouge for over seven years, and when the recession of 1974 was in full swing, her best friend’s father suggested she move to Spartanburg, South Carolina, as jobs were more plentiful in that area. She took his suggestion; moved; and worked for Home Credit Corporation for five years. She was later promoted to branch manager in Greer, S. C. Dottie bought a house on Lake Hartwell in 1984, and moved to Seneca where she worked for Pettigrew and Invester in Clemson, and later for Charlie Chisholm at Country Walk. Dottie is survived by her little Jack Russell, “Moco”; one brother, John Dickson (Rachel) of Rockville, Maryland; a nephew, Tom Dickson (Denise), and their two children, Chase and Dillon of Parker, Colorado; a niece, Lindsay (Ryan) Peck and their two children, Riley and Benny of Austin, Texas, and a cousin, Ann Collins Crocker of Granbury, Texas. She is also survived by members of her South Carolina family: her best friend, Marie McClure Dunnam, and her husband, Gene Smith of Seneca; Robbie McClure, and his daughter Sarah Marie McClure, and her husband, Robbie Hall of Landrum. In addition, she is survived by good friend, Dixie Orr of Central, S. C., and was predeceased by Dixie’s son, Christopher. Dottie never met a dog she did not like, and was predeceased by the ones who shared her life: Andy, Blackie, Brandy, Buck and Buster. A Memorial Service will be held in the Chapel of Heritage Memorial Gardens at 11:00 a.m. on Saturday, June 11, 2016 with Dr. George Harper officiating. A reception will follow at the home of Gene and Marie at 1420 Waterview Court in Seneca. The family wishes to express its gratitude to Dr. Daryl Sugar who diagnosed Dottie’s condition in 2006, and got her on the path for correct treatment; to Dr. Kevin O’Brien for his compassionate care of Dottie over the past six years; to Louise Lee, her home health nurse, and to all the wonderful members of her BioRX care team. Donations may be made in her memory to The US Hereditary Angioedema Association at the following address: US HAEA-Donation, P.O. Box 271561, Littleton, Colorado 80127 or the Morris Animal Foundation, 720 S. Colorado Blvd., Suite 174A, Denver, Colorado 80246.

Dorothy Francis (Dottie) Dickson of 339 Meldau Road, who had been in declining health for the past ten years, died in the Coronary Care Unit of Greenville Memorial Hospital at 12:25 a.m. on March 23, 2016. She was born in the Suburban Hospital... View Obituary & Service Information

The family of Ms. Dorothy Francis (Dottie) Dickson created this Life Tributes page to make it easy to share your memories.

Dorothy Francis (Dottie) Dickson of 339 Meldau Road, who had...

Send flowers to the Dickson family.