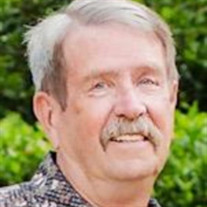 On Wednesday, August 25, 2021, Ken Torr, loving husband, father, grandfather, son and brother, passed away at the age of 71. Ken was born on July 3, 1950 in Lancaster, SC to Kenneth and Cynthia (McKibben) Torr. On June 12, 1971, he married Barbara Dieglio. They raised three children, Jennifer, Kevin and Lauren in Seneca, South Carolina. Ken was preceded in death by his father, Kenneth A. Torr, and his grandson, Joseph L. Torr. He is survived by his wife, Barbara; his children, Jennifer Ham, Kevin Torr (Vanessa), Lauren Owens (JR); six grandchildren, Jaxon, Gavin, Parker, Ana, Hannah and Ethan; his mother, Cynthia Torr DiTursi; and his sister, Cyndy Adams (Earl). Ken was retired from Anderson County where he was a Real Estate Appraiser. He was an avid music lover and enjoyed spending time with family and friends. Any time he spent outdoors was especially savored. Ken was known for his quick wit, his infectious smile and his kind and compassionate spirit. A funeral mass will be held at Saint Paul the Apostle Catholic Church on Bountyland Road in Seneca, SC on Saturday, September 11, 2021 at 11:00 am. In lieu of flowers, the family asks that memorial gifts be made to: Capital Needs Fund Saint Paul the Apostle / Saint Francis of Assisi Catholic Community, 170 Bountyland Road, Seneca, South Carolina 29672.

The family of Mr. Ken Torr created this Life Tributes page to make it easy to share your memories.

Send flowers to the Torr family.