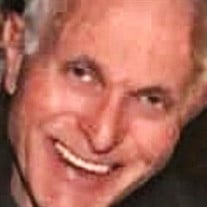 Kenneth Ted Wallenius, 89, died in his Seneca, SC home January 04, 2022 surrounded by his family. He was born July 20, 1932 in Glendale, CA to William Arthur and Hilda Belle (Horstman) Wallenius. Ted graduated from Hoover High School, Glendale, CA, Class of 1950, after which he secured a prestigious NROTC Scholarship and earned BS, Cum Laude (1954) and MS (1955) degrees in Mathematics from the University of Southern California, and a PhD in Statistics from Stanford University (1964). Ted taught at Yale University before settling at Clemson University in 1968, with multiple visiting professorships at the University of Copenhagen, Naval Postgraduate School, Stanford, Office of Naval Research, National Institute of Science and Technology, and University of Athens, Greece. Ted loved teaching by relating subjects he loved to the students he taught, and achieved multiple scholarly distinctions, including the Anna H. Searles Award for highest academic achievement at USC, election to the American Statistical Association National Council and first recipient of the Sigma Xi Award as “Clemson University Outstanding Researcher.” Ted served as a Naval Officer active duty 1955-1960, reserve duty 1960-1992, and retired as Captain in the USNR in 1992. Ted married his high school sweetheart Marcia Rae Haring June 12, 1955 in Glendale, CA after a four year engagement, and together pursued a life of adventure raising three children Susan, Todd and Sara. Never idle, Ted pole vaulted, body surfed, scuba & skin dived, sailed, golfed, played tennis, became Handball Champion at Clemson University, gardened year round, played guitar & sang, conducted symphonies from the kitchen table, hiked, and enjoyed wine making, lapidary, wood turning, swimming and jet skiing with his ten grandchildren, putting on fantastic fireworks displays, and leading excursions for the Pendleton District Gem & Mineral Society. When he wasn’t traveling or initiating trailblazing fun with his family, our statistician turned artist exemplified the Golden Rule by quietly lifting up others in need, investing in a broad diversity of friendships, taking stands for what he believed was right, and donating bowls hand turned from pieces of wood with meaning to those requesting his art. Ted was on an even playing field with everyone he met and instilled in those he loved and taught a strong foundation of integrity, adventure, fairness, generosity, responsibility and endless curiosity. In addition to his parents, Ted was predeceased by his brother Richard Lee “Dick” Wallenius. Surviving in addition to his wife Marcia are his daughter Susan Rae Pollard and her husband Phil and children Gabe, Noelle and Bella Thompson; son Steven Todd Wallenius and his husband Scott Parker and children Ethan & Alec Wallenius-Caldwell and Ben & Jessica Parker; daughter Sara Lynn Mertz and her husband John and children Annelise Simes and Katherine & Emma Mertz; and beloved furry companion Abby. A celebration of life will be held at some time in the future prior to interment at Woodland Cemetery on the campus of Clemson University. Those who wish to remember Ted in a special way may make gifts in his memory to Our Daily Rest, the Sierra Club or the Clayton and Claire Aucoin Endowment Fund.

The family of Dr. Kenneth Ted Wallenius created this Life Tributes page to make it easy to share your memories.

Send flowers to the Wallenius family.