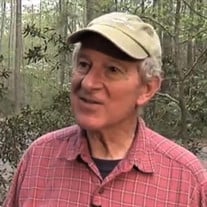 Theodore A. “Ted” Snyder Jr., 85, died suddenly at his home in Walhalla on Friday, June 29, 2018. A son of Theodore Allen and Rebecca Clark Snyder, he was born on December 17, 1932, in Greenville, SC. Ted had a long and distinguished career as a lawyer and conservationist. After graduating from the University of Chicago in 1952, he earned a law degree “with distinction” from Duke University in 1955. Following law school, he served in Kor as a Colonel in the reservese as a JAG lawyer with the 7th Infantry Division, eventually retiring. Following his military service, Ted settled in Greenville, practicing law for many years with Thomas Wofford. After his partner’s death, he opened his own law office in Walhalla where he practiced until his retirement in 1999. He was admitted to both the South Carolina Bar and the US Court of Appeals, allowing him to practice before the Supreme Court. Concurrent with his law career, Ted Snyder became a committed environmentalist. After returning from an East African safari, he set out to protect wilderness in the Southeast. He joined the Sierra Club in 1966 and organized members in the Carolinas in 1968. He served as first chair of the Joseph LeConte Chapter, and in 1971 he organized the Appalachian Regional Conservation Committee. He was chosen to serve as chair of the National Wilderness Committee in 1974 and the National Outing Committee in 1980. After serving as national treasurer in 1977, he was elected president of the national Sierra Club in 1978, serving for two years. Ted Snyder was instrumental in establishing the Chattooga as a Wild & Scenic River and in protecting the Congaree Swamp as a national park. He was also intimately involved in the Cohutta and Kilmer-Slick Rock Wilderness designations and the passage of the Eastern Wilderness Act. One of his last achievements was successfully opposing the infamous “road to nowhere” in the Great Smoky Mountains National Park by helping to negotiate a fair financial settlement between the Department of the Interior, TVA, the state of North Carolina, and Swain County. For his environmental work, he was honored with the national Sierra Club’s Special Achievement Award and Walter A. Starr Award, as well as the Joseph LeConte Award. In 2002, the National Parks & Conservation Association presented him with its Marjorie Stoneman Douglas Award for his efforts to protect the Great Smoky Mountain wilderness. Ted is survived by his son, Theodore A. Snyder III, who is a wildlife biologist with US Forest Service in Helena, Montana, and by two brothers, John and Charles Snyder, and predeceased by his brother, Henry Snyder. Ted embraced the Sierra Club motto to “explore, enjoy, and protect the planet.” He enjoyed photography, birding, skiing, climbing, paddling, exploring, leading trips and organizing camporees. He is remembered by his son for his unusual courage, sense of optimism, and unwavering willingness to sit and listen in times of need. Family and friends will gather to celebrate Ted’s life at 11:00 AM on Monday, July 9, at the Ramsey Creek Preserve, 390 Cobb Bridge Road, Westminster, SC. Driving instructions are available on the Ramsey Creek website. Memorials may be made to The Carolina Mountain Club, the North Carolina Chapter of the Sierra Club, or a conservation organization of choice.

The family of Mr. Theodore A. "Ted" Snyder Jr. created this Life Tributes page to make it easy to share your memories.

Send flowers to the Snyder family.